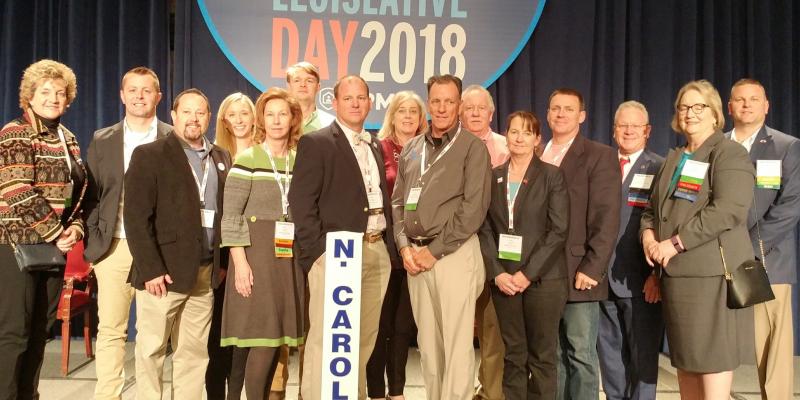 From March 18-20, I joined several of my fellow NCPMA board members and NCPMA members to participate in the annual NPMA Legislative Day in Washington, D.C.

We arrived in Washington, D.C. on Sunday afternoon in time for the “Capitol Steps Performance/Dessert Reception” which was a great, fun event to kick off the festivities.

Monday morning started out with the presentation of the PCT Technician of the Year awards presentation. Then we attended several interesting sessions including a review of pesticide regulatory reform before the keynote luncheon featuring Karl Rove and Josh Earnest. Their presentation was very entertaining and enlightening.

We then attended several afternoon sessions including a NPMA Issues Briefing and Strategy Session before finishing off the day with keynote speaker former Congressman Jason Chaffetz.

Tuesday morning started off with a breakfast that featured speaker Corey Lewandowski, former campaign manager of Donald Trump’s 2016 Presidential Campaign. Next the group set off for meetings on Capitol Hill where they got to meet one-on-one with North Carolina’s representatives and senators while I headed home to escape the oncoming snow storm.

My early flight out of D.C. may have ended my 2018 NPMA Legislative Day, but my colleagues were able to stay and tell North Carolina’s elected officials about the pest management industry and the issues that impact us all.