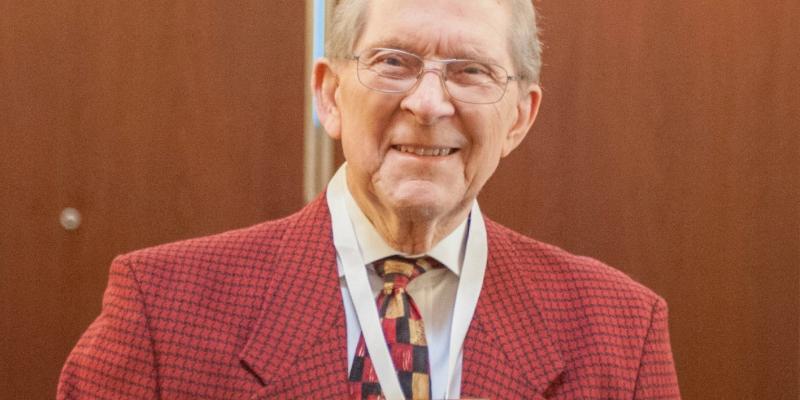 The North Carolina Pest Management Association (NCPMA) is proud to announce that it recently inducted R.B. Goforth, Jr. of Arrow Pest Control in Fayetteville into its Hall of Fame, the association’s highest honor.

The NCPMA Hall of Fame recognizes the men and women who have made significant life-long contributions to the pest management industry in North Carolina. Goforth joins the 26 men and women previously inducted into the Hall of Fame.

“The NCPMA Hall of Fame recognizes those special pest management professionals who have made significant contributions to our association and our industry through their leadership and example,” said Chuck Hazelwood, NCPMA past president, as he presented the award to Goforth.  “Through every aspect of his family, career and service that he has been involved in, R.B. Goforth took on a leadership role and did that job passionately and professionally never losing sight that he was there to serve.”

A native of Indian Trial, N.C., Goforth is a second-generation pest management professional who spent most of his career working in his family business, Arrow Pest Control. He has been an active member of NCPMA since 1962 and served in numerous leadership roles including as the 1968 association president.

He graduated from North Carolina State University with a bachelor’s degree in agriculture and entomology. In addition, he served in the United States Navy, trained in the Navy’s flight program and went on to serve in the Navy Reserve as a Commander until his retirement from the service in 1976.

Goforth currently resides in Fayetteville with his wife Carole.  The couple has four children and nine grandchildren.  In addition to his professional career, he has been active in several civic organizations for decades including the Jaycees, Kiwanis, Boy Scouts, Boys Club, USO Board, Air Port Commission and more.

The induction ceremony was held during the NCPMA Pest Control Technician’s School in Durham in January 2018.